Please click here to see a list of our supported browsers, and instructions on how to enable JavaScript and cookies
Home/Blog/Science Explains Why Saving Money Is So Hard 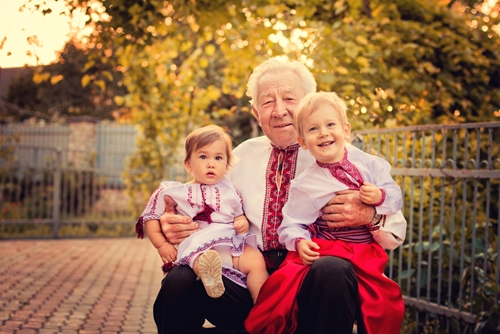 Are you kicking yourself that you never bothered to save enough money ten years ago, five years ago or even a month ago? Maybe you’re regretting that you always neglected to go to the gym and eat healthy and now it’s catching up to you. Not that you needed another excuse, but it turns out that many people may be naturally bad at this kind of advanced planning, and there’s scientific evidence to prove it. The good news is there is a relatively simple way of overcoming this obstacle that involves little more than a change of perspective. Thinking about saving in a different way can be a matter of how you view your future self.

“Researchers think many view their future selves as different people.”

A stranger to yourself

Many psychologists and other experts researching the phenomenon of long-term procrastination have developed a working theory on this common experience. According to an article from news site Vox, the difficulty in committing to long-term goals – like saving enough to retire comfortably, for example – is due to the way we view our future selves. In many cases, researchers believe we view ourselves as different people – strangers, effectively – when thinking about our future.

“Whenever we put things off, we kind of make that future self our beast of burden,” University of Sheffield psychologist Fuschia Sirois told Vox. “The me of tomorrow will have more energy, or the me of next week will have lots of time.”

We tend to develop grandiose images of our future selves, despite reality rarely turning out as nice. Even though this presumption has been proven wrong time and time again, we continue to put off our goals and assume they will get accomplished later. This can explain why so few people save enough to retire comfortably. According to a recent study by the U.S. Government Accountability Office showed that 29 percent of Americans age 55 or older have no retirement savings to speak of. Even of those who do have some savings, most of those at or near retirement age do not even have the equivalent of $1,000 per month to support themselves when they can no longer work.

However, another study looked into the effects of thinking about one’s future self and the characteristics of people who actively plan for the future. Researchers at the University of California Los Angeles developed a visual scale to measure how people viewed their future selves in relation to their current selves. Using this scale, researchers found the participants who viewed their future selves as mostly similar to their current selves tended to save more money. Digging deeper, these researchers found that people who were more in tune with their future selves also were more likely to wait for financial rewards. These people were also less likely to procrastinate when accomplishing daily tasks.

Finding your future self

Clearly, the people who can become more in touch with themselves in 10 years or more are able to accomplish the goals that we all wish we could. But what exactly does this mean? How can people use this knowledge to make better decisions and stay on track with their finances? Anne Wilson, a psychology researcher at Wilfrid Laurier University in Canada, found that using timelines could spur students on to completing a research paper on time, instead of putting it off until the last minute.

In designing a study to test this hypothesis, Wilson gave one group of students a less detailed timeline which made the due date seem far off. Another group was given a timeline that was very detailed, making the goal seem closer and more attainable. The same strategy could be applied to retirement savings or saving for just about any major expense. Instead of planning to save $1 million by the time you’re 55, it would be much more rational to set yearly or even monthly goals for saving, making sure to keep these goals within reason.

Some researchers have even found success with using computer-generated images to show people what they may look like when they are older. Hal Hershfield, a marketing professor at New York University, conducted a study explained in the New York Times in which he showed participants digitally-created estimations of what they might look like when they are older. Hershfield and his colleagues found that people who viewed these images were more likely to say they would save more for retirement. Investment bank Merrill Lynch utilized these findings in a tool that uses a webcam to create an artificially aged image of the user. Once they see what they might look like at 67, users may then be more prepared to effectively plan for retirement.

These studies show that when it comes to financial responsibility, a simple change of perspective may be all that’s keeping us from success.