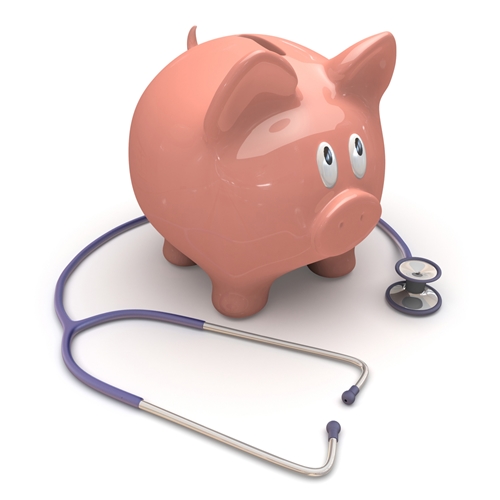 The 9-to-5 grind that many associate with a long-term career is increasingly becoming rare, as are some of the traditional benefits that go along with these jobs. According to studies from Pew Research Center, around 30 percent of all American workers are self-employed. This type of work arrangement is preferred by so many because of the flexibility it offers. However, there can be drawbacks to working as a contract employee or freelancer, compared to being a salaried W-4 employee. One of the biggest differences – and most common points of confusion – is in regard to health insurance.

“Even with the ACA in effect, many remain uninsured.”

A recent study from the Henry J. Kaiser Family Foundation found that even after the passage of the landmark Affordable Care Act in 2010, many remain uninsured. Around 48 percent of those surveyed by the Kaiser Foundation said they continue to remain uninsured due to its prohibitive costs. But with the passage of the ACA, the cost of remaining uninsured is now higher than ever, even disregarding the high cost of medical care in the U.S. That’s because the law levies a penalty on those who do not purchase health insurance of some kind before 2016. According to Forbes contributor Janet Berry-Johnson, this penalty currently stands at around the same cost as the ACA plan with the lowest premiums, but doesn’t account for large medical bills which are the single biggest cause of bankruptcy in America, according to a study from NerdWallet.

As much as you may want to pinch pennies, foregoing a health insurance plan is not the way to do it. This is especially true considering the favorable tax incentives self-employed workers can take advantage of. According to Berry-Johnson, self-employed individuals can receive an “above-the-line” deduction on their tax returns for their health expenses. However, this comes with several caveats and complicated rules. Perhaps an even better way to save is by utilizing a health savings account.

A health savings account is a tax-advantaged savings fund that allows people with high deductible insurance plans to save and pay for future medical expenses without being charged tax on the income used for these expenses. According to The Motley Fool, HSAs have some strict limits: As of 2016, your insurance plan must have a deductible of $1,300 or more for a single person, or more than $2,600 for a married couple. High deductible plans are ideal for younger workers, as they tend to require medical treatment less frequently. These plans also tend to come with a low monthly premium.

If you qualify for an HSA, you can put up to $3,350 in it per year, allowing it to not only accrue interest, but also deduct it from your income taxes. This allows a HSA user to effectively save what could amount to hundreds of dollars per year on medical expenses. The HSA becomes more enticing for those aged 65 and older, when the account can be used for any expense, not just medical bills. However, in this case, it will be taxed as normal income.

These rules on HSAs make it an attractive savings option as a somewhat more liquid version of an IRA. The Motley Fool used an example that supposed you could save $3,000 in your HSA annually. Assuming you are able to remain mostly in good health for 20 years of your life, you could go that long without touching these funds. If they accrue interest at 8 percent per year, you are left with $148,000 to use on medical expenses tax-free.

This could come in handy as you get older and medical bills start to creep up. Fidelity Investments estimated that the average 65-year-old couple will spend around $245,000 on medical expenses throughout the span of their retirement. People also often use HSAs to save for orthodontic procedures for children, a notoriously expensive yet common operation. Investing in index funds that spread risk across the market can deliver healthy returns on these funds well in excess of a typical savings account. Some employers will even match contributions to your HSA.

One important thing to note about HSAs is that they are not the same as flexible spending accounts, despite their similar name. While FSAs are also tax-advantaged savings accounts used for medical expenses, most come with a “use it or lose it” policy. This means that any money left over in an FSA at the end of the year will disappear. FSAs also do not have interest rates as high as HSAs since they do not allow you to pick your own funds to invest in. FSAs are, however, generally easier to qualify for.

Picking the right insurance plan is tough if you’re self-employed, but it doesn’t have to cost an arm and a leg. Keep in mind that by taking advantage of HSAs, as well as keeping track of your expenses for reporting purposes, it’s easy to save a bundle on insurance despite an irregular paycheck.