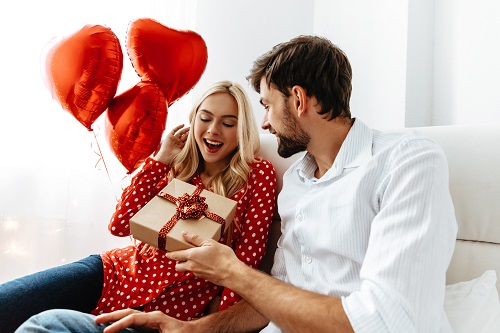 Though not considered a public holiday, we’re all familiar with Valentine’s Day – a day widely accepted as a holiday used to celebrate love and admiration. You’re likely to see children give out Valentine’s cares to their schoolmates, and couples exchanging gifts and going on dates. People from all walks of life celebrate this unofficial holiday, but perhaps you’ve wondered how this holiday got its start. Was it a ploy by greeting card and candy companies to make money, or something else? Read on to learn more about the history of Valentine’s Day and how it came to be what we know it as today.

The history of Valentine’s Day goes way back to 270 CE and is believed to have originated with a man canonized as Saint Valentine. Though there are several stories about Saint Valentine, there’s uncertainty about which exactly are true. According to one legend, Saint Valentine sent a letter to the jailer’s daughter with whom he was infatuated, and he signed the letter “from your Valentine.” Another popular legend says Saint Valentine performed secret marriages for couples to save the husbands from being sent to war, in direct defiance of the emperor. Many believe both stories are true, and this act of defiance was the reason Saint Valentine was imprisoned. In any case, Saint Valentine is often seen as a martyr for love which is why he’s considered an inspiration behind the Valentine’s Day we know today.

Cupid is often associated with Valentine’s Day as well, though his origins are much different than those of Saint Valentine. If you’re not familiar, Cupid is a mythical being depicted as a cherub who carries a bow and arrow. Cupid originated in Roman and Greek mythology as the son of Venus, known as the goddess of love, and Mercury, known as the messenger of the gods. With these two as his parents, Cupid became known as the messenger of love, and it’s believed a person struck by Cupid’s arrow will be immediately filled with love. Though his roots are in love, his mother, Venus, initially attempted to use Cupid’s powers to get revenge on a human, Psyche, who’s beauty she was jealous of. Luckily, her plan backfired, and Psyche and Cupid fell in love themselves. Today, it’s believed Cupid acts as a matchmaker, and shoots unsuspecting people with is arrow to inspire love and thus his association with Valentine’s Day.

Though Valentine’s Day does have some very real and tangible origins, those of you who are suspicious it’s an excuse for candy companies to make money are also correct. Candy has long been associated with ideas of love, and as the popularity of Valentine’s Day rose, candy companies decided to capitalize on this and market their candy for the holiday. In 1861, Cadbury created the now famous heart-shaped chocolate boxes to be used during Valentine’s Day to increase their chocolate sales. This seemingly small change was highly successful for the company as it’s reported they sell over 36 million boxes of these chocolates every year. Over the years, other candy companies have taken note of Cadbury’s success and have made changes to market their own candy for the holiday. For example, Hershey’s Kisses are wrapped in red foil during the holiday instead of their usual silver to increase sales during this time.

There’s a lot of elements that go into Valentine’s Day as we know it today, and regardless as to how you choose to celebrate, Cash Central hopes you have a fun and safe holiday! If you need ideas for the evening, check out Cash Central’s Date Night on a Budget blog for some tips.