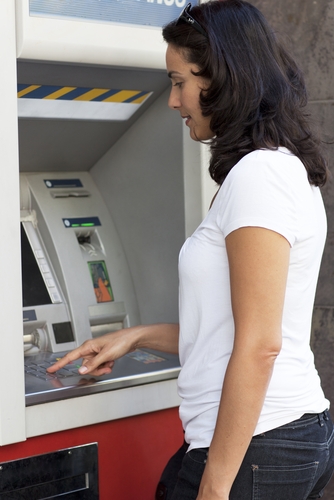 When following a budget, it’s important to set limits and think ahead when going to the ATM – or there may be surprises on your bank statement at the end of the month. For most Americans overdraft fees are often overlooked as the true hindrances they are on a budget. However, according to CNN Money, the three largest banks in the U.S. together earned $6 billion in overdraft fees in 2015. The Wall Street Journal reported that 2015 marked the first year the biggest banks like JPMorgan Chase, Bank of America and Wells Fargo had to report the totals received from overdraft fees to the Federal Deposit Insurance Corporation.

Officially, overdraft charges are funds paid for by a bank that covers a transaction when there are insufficient funds in a customer’s account. Customers are charged a fee for coverage by their bank, and must pay back the associated deficit.

In a report by CNN Money and SNL Financial, figures showed that an average account holder is charged $4 for withdrawing from an out-of-network ATM, and the average overdraft charge is $34. While it may be simple enough to find an associated ATM in your area to avoid being charged $4, most Americans deal with the average $34 fee. According to the report, the typical consumer experiences a fee due to an untimely check withdrawal or debit card transaction on their account. Oddly enough, most Americans sign an agreement that allows this to happen to them.

“Oddly enough, most Americans signed an agreement that allows this to happen to them.”

According to the CFPB, a regulation was passed in 2010 that made it mandatory for customers to first opt in to these fee-charging structures. The customer-facing language may refer to the penalties as courtesy overdraft or bounce protection fees, according to Bankrate. As explained to the consumer, the plans are built to ensure access to money in case of an emergency.

Some institutions cap the number of overdraft fees a customer can accrue in a single day. However some banks might resend transactions in order to incur a new overdraft charge, according to a report by The Wall Street Journal. Charges are at the bank’s discretion since automated payments that come to an overdrawn account may be rejected. The CFPB noted that certain institutions might not charge if the transaction against the overdrawn account is under $5. CNN Money reported that ATM fees get a lot of attention, but it’s the overdraft fees that net banks their biggest gains.

Opting out of these coverage plans is a sure-fire way to help keep your spending in check. According to the CFPB, the average overdraft fee occurs on a transaction of $24 or less. The misstep is so minimal that over half of consumers with an account in the negative pay their deficit within three days. Seventy-five percent of debit card holders total get their accounts back into the positive within a week. But by then the damage is done. According to the CFPB:

The way the structure works now for banks across the board is if a consumer borrowed $24 for three days and then paid the median $34 fee, that loan would carry a 17,000 percent annual percentage rate.

There may be a correlation between perceived availability of funds and spending. An average debit card holder uses their bank card 17 times in any given month, and writes checks fewer than three times a month. Card users who are opted in to an overdraft fee structure use their cards 24 times a month. Those who opt in for the overdraft plan pay seven times more for their checking accounts than those who opted out. That’s $260 per year, for those opted-in, compared to $35 spent on overdrafts for those without the plan.

Banks claim to be making their fee structures easier to understand and avoid, however, the amount made in overdraft fees grew each quarter in 2015. The average fee charged grew as well, from $29 in 2012 to around $34 in 2015, according to The Wall Street Journal. JPMorgan earned $1.9 billion in overdraft charges, with Bank of America and Wells Fargo each earning $1.6 billion. Richard Cordray, director of the CFPB, denounced overdraft charges as a trick on the consumer.

“Despite recent regulatory and industry changes, overdrafts continue to impose heavy costs on consumers who have low account balances and no cushion for error,” he stated. “Overdraft fees should not be ‘gotchas’ when people use their debit cards.”

According to CNN Money, presidential candidate Bernie Sanders made promises along the campaign promising a $2 cap on ATM fees. Regardless, it’s important to remain vigilant in keeping your savings from being mistakenly spent.