Please click here to see a list of our supported browsers, and instructions on how to enable JavaScript and cookies
Home/Blog/Countering Interest Payments Is Crucial To Debt Recovery 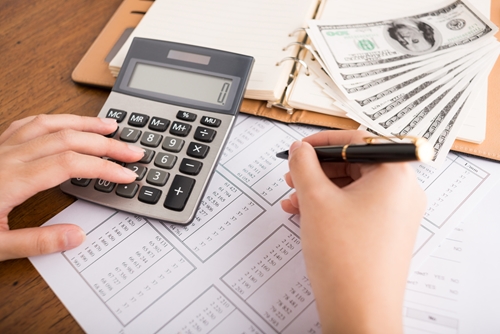 Paying off debt doesn’t have to be a long and arduous process. Most consumers think the best method is to make the minimum payment each month and sooner or later they’ll be debt free. This is a common pitfall and can keep you in debt for decades. By understanding how to make better payments on your credit card or loan debt, you can quickly pay off your loans and live in financial freedom.

The first decision consumers need to make is to stop accruing new debt. Unnecessary purchases are at the heart of most Americans’ debt issues. Currently the total credit card debt owed by U.S. consumers is $802 billion, according to a NerdWallet study, and the average household owes $15,549 in credit card debt.

What would it take to stop the average American from making any further purchases on a credit card? LifeHack dares those in debt to literally freeze or cut up their cards, anything to keep them out of reach and inaccessible.

Unbeknownst to many Americans, interest rates are the trickiest aspect of repayment. Despite the real amount of debt, it’s possible to pay twice that due to prolonged interest payments. The Motley Fool advised paying more than the minimum amount of your interest rates to remove them from the equation and make payments on your actual debt.

The illusion is that by paying the minimum amount, you’re somehow saving money. That is untrue. Bankrate spelled it out for consumers thusly: For $5,000 of credit card debt, with an interest rate of 15 percent and a minimum payment calculated by adding interest to 1 percent of the balance, paying $112.50 minimum a month will take over 22 years. Ultimately you’d pay not only your $5,000 debt, but $5,729.21 extra for your interest.

Debt stacking and the snowball method are two of the most popular strategies for paying off debt.

The snowball method is known for building financial confidence. As tinier debts are paid off a consumer’s burden lightens and paying off a larger debt is no longer unfathomable. Solid financial discipline is gained along the way and the consumer grows stronger in their payment habits little by little.

Debt stacking works similarly, but instead of prioritizing the debt with the highest balance, consumers must prioritize debt according to highest interest rate.

For either method to work, you need to determine how much can be spent total to pay down credit card or loan debts per month. Next, add up the total amount of monthly minimum payments needed for each card. Once you understand how much can be spent total, and how that amount needs to be dispersed across your loans and credit cards, you can begin paying off your debts quicker.

Let’s say you owe on four credit cards. The amount you can afford to pay per month against your debt is $300. Together, you minimum monthly payments across all four cards is $245. This leaves you $55 with which to overpay on one cards minimum monthly fee.

The card with the smallest balance gets paid off quicker than the others, $55 more at a time, while no late fees or penalties are accrued on your other cards as you pay their monthly requirements.

Compounding your payments is a natural occurrence of the stacking or snowball method. As cards are paid off and loan debt paid down, you’ll see extra dollars in your bank account. But don’t be fooled. This extra money should be repurposed and added to the $55 you were using to overpay on minimum amounts.

Keeping your interest rates low is vital to financial recovery, but often consumers are unable to find that extra dollar that helps them pay more than the minimal amount. Sometimes, credit card users are advised to borrow against their life insurance or dip into their savings or emergency fund. This can quickly become a problem.

“Losing your job is an emergency,” said John Ulzheimer, president of consumer education at CreditSesame, as reported by Bankrate. “Paying off your credit card is not,” It’s a financial burden to carry debt.”

Ulzheimer suggested that instead of dismantling your savings, put a freeze on contributions to your retirement fund and use that money to help make additional payments against credit card and loan debt.

Finally, LifeHack urged consumers to be aware of hiccups along the way as you reach your financial freedom. Emergencies will happen, and detours will need to be taken to compensate for the sudden change. In those cases: Make the adjustments and payments you need to, and get back on track as soon as you can.