Please click here to see a list of our supported browsers, and instructions on how to enable JavaScript and cookies
Home/Blog/What to know before giving to charity 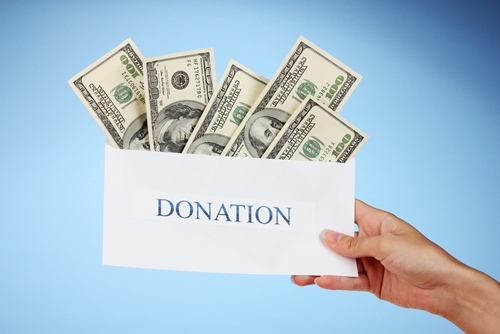 Let’s say you’ve had a good year. You hit all your savings targets, easily paid off your debts and still have some left over, even after accounting for holiday gifts. If that’s the case, you may be considering making a charitable donation. In 2014, Americans gave about $358 billion to charitable causes, a number that has increased threefold over the last 40 years when adjusted for inflation, according to GivingUSA’s Annual Report on Philanthropy. And contrary to what most might assume, a majority of this money comes from individuals.

“No nonprofit is created equal.”

Donating to charity offers no financial reward, but it has the potential to make a real difference in the world – that is, if you give to the right cause. While all charities extol their virtues as much as possible, the truth is not all nonprofits are created equal. If you’re considering making a charitable donation of any amount now or in the future, there are a few important (and perhaps surprising) things to take into consideration.

As much as we all want to help, it’s really in your best interests not to give to charity unless you are living comfortably within your means and have a large savings cushion. According to North Financial Advisors, people generally donate between 2 and 11 percent of their income to charity. However, studies show the people who give the most as a percentage of their net worth are actually some of the poorest. Those who earn less than $15,000 per year give, on average, 10% of their income to charity, and this percentage drops as income levels go up.

It can seem selfish to hoard money for yourself, with so many foundations asking for it and an ample number of seemingly noble causes to support. But the reality is that we must help ourselves before being in any position to effectively assist others. If you do wish to give to charity, you have to be very certain that there isn’t a better way this money could be spent (or saved). If you don’t have much money to give, you could donate your time by volunteering for an organization you care about.

Where (not) to give

Despite the best of intentions, the simple truth is that some charities are more responsible and effective than others. And if the advice of Forbes contributor Phil DeMuth is to be believed, many charities are best avoided. While it’s always a good idea to do your due diligence on any charity (more on that later), there are a couple rules of thumb to abide by. Some of his advice:

Essentially, responsible giving is all about doing your own legwork. Luckily, there are many sources for reliable information on the legitimacy and effectiveness of most charities. William Barrett, another Forbes writer, offered suggestions on how best to evaluate a charity. For starters, Google may be your best friend, but several other websites cater specifically to responsible giving. For basic information about a charity, including revenue and executive salary, the Better Business Bureau has a comprehensive database of this information searchable on its website, Give.org. Charity Navigator is another charity tracking service that is frequently cited. This independent site tracks most major charities and nonprofits, ranking them according to their financial health, transparency and other factors.

When viewing this information, it’s important to take a few things into account. While charities exist to give most of their revenue away, a portion of it has to go to employees who work to achieve this goal. Some balk at the idea that multimillion-dollar organizations give upwards of six-figure salaries to their CEOs, but in reality, a charity is like any other multimillion-dollar business in several ways. They must pay their employees a competitive wage in order to attract the best talent. And as Barrett noted, not all charities can be compared against each other fairly. Barrett uses a formula called an efficiency ratio to calculate how much revenue is really going to those in need. This ratio will vary depending on the size and mission of the organization, so that the efficiency of The Red Cross, for example, cannot be accurately compared to a museum. Use all of this information to find a quality charity and give responsibly.