Please click here to see a list of our supported browsers, and instructions on how to enable JavaScript and cookies
Home/Blog/What Is Preventing You From Saving? 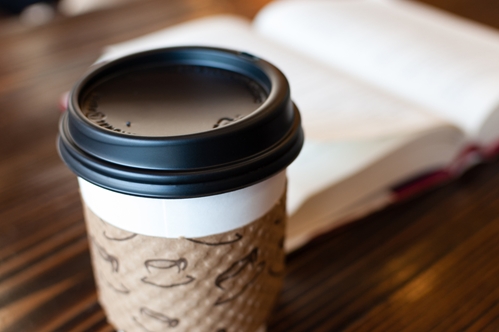 When it comes to saving money, it’s easy to make a plan – sticking to it is the hard part. There is always some item that you routinely purchase that prevents you from saving. And usually the culprit is something you don’t even think about. It may be the daily coffee you get on the way to work or the number of times you hit the RedBox on the way home. While these treats are not expensive, they add up over time.

When you put together a budget, you plan for the necessities and the larger things. Sometimes the small purchases, that are more out of habit than need, are the ones that slip through the cracks and are keeping you from getting ahead in your savings. It is time to eliminate these “savings prevention” factors and start growing your savings.

“Usually the culprit is something you don’t even think about.”

It is likely a regular occurrence

Just because something is cheap and you do it every day doesn’t mean you require it. Hitting the vending machine or buying a cup of coffee every once in a while is not going to break the bank. But when you do it without considering how much you are spending it can quickly become a problem. According to WiseBread, spending patterns that don’t require thought prevent you from saving, and purchases made out of habit certainly fit into that category.

WiseBread pointed out that $5 spent on coffee a day could do the opposite when saved and put into a savings account. If, for example, you put that daily $5 into an investment that carried an 8 percent annual return rate, then you would have saved $28,553.01 in a span of ten years. This is considerable amount of money, but most of us don’t think in terms of compound interest when it comes to spending and saving habits.

A spending habit doesn’t have to be with items you actively seek out, but can also be something that has just formed out of routine. For example, if you still have subscriptions to magazines or newspapers that you don’t read, then you are spending money you don’t need to be spending.

Even if the subscription is inexpensive, say $10 a month, that is still $120 a year that you could be saving. According to The Budget Diet, this habit can become a serious problem, especially since it’s likely that most people have several subscriptions, perhaps including a large cable package in addition to services like Netflix.

Consider what you really read and watch and cancel subscriptions that you feel you aren’t getting your money’s worth.

Just because something is routine, or has become a habit, doesn’t mean you can’t stop it and start saving. Take control of your financial situation by curbing unnecessary spending. Don’t wait to make more money or make excuses. Instead, just consider the amount of money you could be saving in the long run. Make it a goal to consider what you can change and make it happen.