Please click here to see a list of our supported browsers, and instructions on how to enable JavaScript and cookies
Home/Blog/How To Live Sustainably As A Freelancer 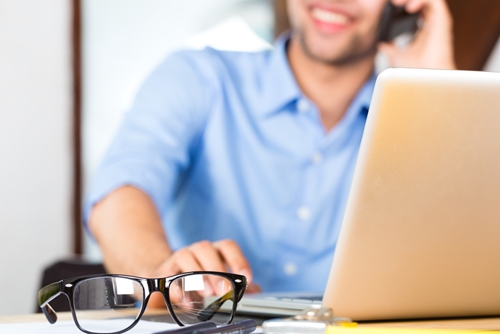 Are you part of the “gig economy”? Even if you’re not familiar with the term, chances are you have taken part in it, according to a survey from the Freelancers Union. Thanks to new technology, as many as 55 million Americans, or 35 percent of the entire workforce, are working as freelance employees, or supplementing their income with part-time work. While this means big changes for the way in which Americans make and spend money, some old habits die hard. In particular, many freelance workers may be unaware of the caveats that come with the independence of such jobs. If you are making money in any way that did not require you to sign a W-2 form, there are several important things you need to accomplish soon.

After the cheery holiday season is over, Americans are launched into another season that may involve excessive spending, but not the kind that’s very enjoyable. Tax returns are due to the IRS by April 15, and if you make money as a freelancer, this may mean some extra work on your end. According to U.S. News & World Report, late or missing tax payments are all too common among independent earners, which could mean steep fines or even jail time down the road. This is due to the nature of freelance work, which does not allow for automatic tax withholding like with W-2 employees. Without the right saving strategy, freelancers could be left high and dry come tax day.

“Save 30 percent of each paycheck for tax purposes.”

The most foolproof way to tackle taxes for freelancers is to hire an accountant, according to Forbes contributor Laura Shin. Although this will all but ensure an accurate tax bill, accountants can also be expensive. Failing that method, it’s generally a good idea to save 30 percent of each paycheck for tax purposes. This may end up being an overestimate, but saving more than needed is far better than coming up short. Shin also suggested freelancers pay their taxes quarterly, helping to alleviate the damage of too much overestimating.

While doing your own taxes can be a pain, there is at least one perk: Freelancers can deduct business expenses from their total taxable income. Eligible expenses are far too numerous to list here, but the ample leeway means tax bills can be significantly reduced if you have the documentation and reasoning to allow it. TurboTax compiled a short list of the most common write-offs. Get in the habit of saving receipts for anything you buy that’s even partially related to your freelance work.

Salaried workers may take tax withholding for granted, but they may be more grateful for their insurance coverage. Unfortunately, freelancers don’t have the option of partially subsidized plans and must chalk this up as another expense. It’s for this reason that many freelancers, particularly young workers with a clean bill of health, choose to forgo medical coverage, seeing it as an unnecessary expense. While this may have worked for some in the past, it’s never been a wise decision, and with the passage of the Affordable Care Act, it’s now against the law to go without medical coverage. According to U.S. & World News Report, anyone without health insurance coverage by the end of 2015 will face a fine of either $695 or 2.5 percent of their annual income, depending on which is higher. Besides that, it’s just a good investment to purchase health insurance.

Saving for retirement and emergencies

Due to the uncertain nature of freelance paychecks, it can be hard to save for taxes and insurance, let alone a little extra for a rainy day. This is something most of us are not great at. According to a survey by the National Institute on Retirement Security, the average American worker has practically no savings to speak of. When paychecks don’t come in regularly, saving even 5 percent extra just to sock it away into a long-term savings account is not an easy habit to acquire. The fact of the matter is that freelancing professionals need to accomplish this no matter what. The establishment of an emergency fund is the first priority. This should be the equivalent to a few months of basic expenses, including rent and food. While a freelancer is essentially incapable of being laid off, there could be dry spells occasionally, which is when this liquid savings account will become vital.

With these tips in mind, freelancing may seem even more daunting. The freedom to work your own hours is an invaluable perk for many, so if this is enough of a motivator for you, do your best to stay on top of the essentials.