Please click here to see a list of our supported browsers, and instructions on how to enable JavaScript and cookies
Home/Blog/The Hidden Costs (And Savings) Of Owning A Car 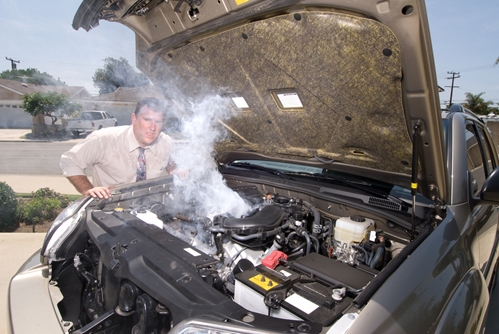 If you’re like many Americans, you rely on your car for more than just getting from point A to B; and it shows in a good budget. Edmunds estimated that after housing, vehicle costs were the second-largest expense in the U.S. And yet, many neglect to save enough to cover unexpected maintenance costs. In a recent survey conducted by Bankrate.com, only 38 percent of respondents said they had enough money saved to handle an unforeseen emergency, such as a $500 mechanic bill. Budgeting for automotive expenses shouldn’t be overlooked, which is why it’s never too late to get on track with your automotive savings.

“Only 38 percent of Americans have enough money saved to handle an unforeseen emergency.”

The first step on the road to saving for future car expenses is, of course, buying the right car. As Consumer Reports explained, the median cost to own a car is upwards of $9,100 per year, but this cost can vary significantly. The magazine found that the annual cost of a base Mini Cooper could be as little as $5,800, while large SUVs can add up to almost twice that amount. Overall, Consumer Reports suggested doing your research to find the car that not only suits your budget and lifestyle, but also one that’s reliable. Remember, it may be worth it in the long run to spend a little extra at first for a quality vehicle that’s not prone to breakdowns and has a high resale value.

Even if you pick the perfect car, accidents can happen, and not just the kind that insurance will cover. The average car repair in the U.S. costs $305, but this can be easily taken care of with the right savings plan. Many people think it’s enough to simply save whatever is left over from each paycheck after regular expenses like rent and food. But Erik Carter at Forbes said this isn’t a wise move.

“If you do that, don’t be surprised when there isn’t anything left to save,” he wrote.

Instead, make saving a priority and deduct a small amount from each paycheck before spending. Putting as little as 5 percent into a savings account can make a big difference when an unexpected repair bill comes your way later on.

Everyone needs car insurance, but you might be missing out on common discounts that could end up saving a sizeable chunk of change. As Bankrate discovered, the most popular auto insurers offer a wide array of ways to shave dollars off your monthly payment. A few of these are commonplace, like discounts for multiple policies or vehicles. But did you know that many companies offer a discount just for having anti-lock brakes? Other typical but unnoticed discounts can be had by taking a defensive driving course, if your child is away at college, or simply for driving less. While many of these discounts are slim, they can add up to significant savings each month. Do your homework when shopping for a new policy to find discounts that work for you. Even if you already have insurance, there could be a great deal that you’re missing out on.

Owning a car is an unavoidable expense for many. But with the right planning and information, making those payments gets much easier.