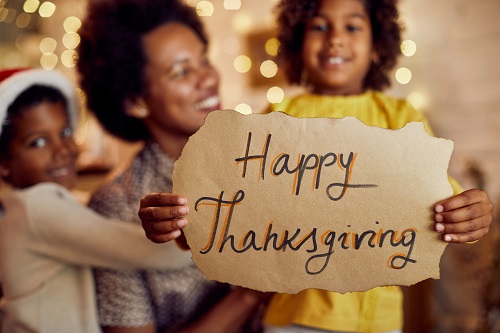 We have officially entered the holiday season, and many are looking forward to celebrating Thanksgiving at the end of this month. Thanksgiving is a time where friends and family come together, eat lots of good food, and reminisce on what they’re thankful for. In honor of the upcoming holiday here are some fun facts about Thanksgiving you may not know.

The first Federal Congress asked the President of the United States to recommend to the nation a day of Thanksgiving on September 28, 1789. However, it wasn’t until December 26, 1941, 152 years later, that President Roosevelt signed a resolution declaring the fourth Thursday of November as the Federal Thanksgiving Day holiday. Prior to this resolution, the country was quite divided on when the holiday should be, with some states insisting it should fall on the last Thursday of the month. Others opposed this, however, as they worried having Thanksgiving on the last Thursday of the month would shorten the Christmas shopping season too much and have a negative impact on the economy.

On Thanksgiving Day many tune-in to watch the infamous Macy’s Thanksgiving Day Parade. Something the parade is known for is its use of gigantic balloons that make their way down the streets of New York; however, these signature balloons were not always part of the event. In the early years, the parade featured bands and zoo animals, and the balloons were introduced in 1927, three years later. At first, the balloons were released at the end of the parade, with a reward offered for anyone who found and returned one, but this ended in 1932 after, among other things, an airplane nearly crashed trying to capture one of the balloons.

We hope you enjoyed learning about some of these Thanksgiving facts, and we hope that you have a happy and safe holiday!