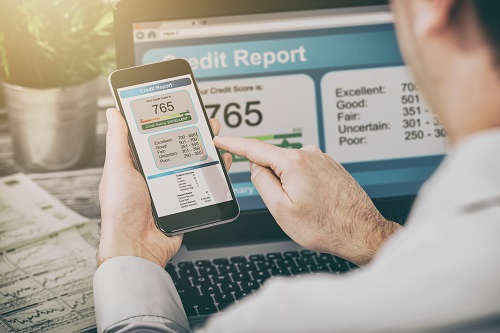 Your credit score plays a major role in many of the things you may apply for throughout your life. This can include credit cards, rental applications, purchasing a home or a car, or even employment opportunities. How did something that affects so many aspects of our lives begin in the first place? Here is a brief history of how credit reporting came to be what we know it as today.

While our credit scores are pivotal in many of our endeavors today, they haven’t always been around. This doesn’t mean lending decisions weren’t being made before credit reporting was established. Prior to credit reporting and fair lending laws, many lending decisions were made in a largely unfair manner. Many times, when applying for a loan, lenders would make judgements based on their “gut feeling” about a person. This often meant they were considering aspects of an applicant’s personal life rather than their financial stability or ability to repay. They may have considered things such as marriages, divorces, political opinions, or even just how they felt about a person’s character. As a result, many would do business with people they knew personally on one level or another to get approved for a loan. Unfortunately, this meant a lot of people were unable to get the lending they needed, despite their true lending worthiness.

Creditors needed to be able to determine who was creditworthy and who would pay back their debts, so in 1803 a group of tailors began to share information about people who did not pay back their debts. This became a popular practice and more businesses, including the Manchester Guardian Society (later to become Experian) were sharing information on customers who did not pay their debts. Though this laid the groundwork for credit reporting as we know it today, this wasn’t an official system and the unfair lending practices listed above were still an issue during this time.

It was in 1956 that the first step was taken to create a fair and impartial credit scoring system that would eliminate many of the unfair lending practices people were experiencing. Two men, engineer Bill Fair and mathematician Earl Isaac, teamed up to create the first credit scoring system, and within two years’ time would begin selling the system to American retailers. It would take much longer for the system to become an industry standard, which did not happen until 1989. You likely know of this credit scoring system as it is known as your FICO Score and is reported by Experian, Transunion, and Equifax. This new system made it so lending decisions could be based on consumer payment and lending history rather than a “gut feeling” and other unfair practices that were being used previously. In the end, this would allow consumers to show their true lending worthiness and allow more people the access to the lending they needed.

As the FICO Score was growing in popularity and more and more retailers were using the system, Congress decided to step in and provide regulations that would protect consumers. Congress passed a law in 1970 called the Fair Credit Reporting Act (FCRA) which gives credit reporting agencies specific guidelines on how to collect, report, and release consumer credit information. This provides protections to consumers from misinformation being used against them and has also took aim at eliminating unfair lending practices. The law also provides several basic rights to consumers, including the right to receive one free copy of their report every year and the right to dispute incorrect information shown on their report. As times change, and financial practices change, the FCRA is reevaluated, and since its enactment has been subject twice to major amendments to provide further protections to consumers.

Building credit and establishing credit worthiness can be a long, tedious process and can even be frustrating at times. As you can see, using this system helps provide a more level playing field for applicants than the previous method which was full of bias. If you’d like to learn how you can improve your credit, we have four easy tips you can follow to help improve your score.