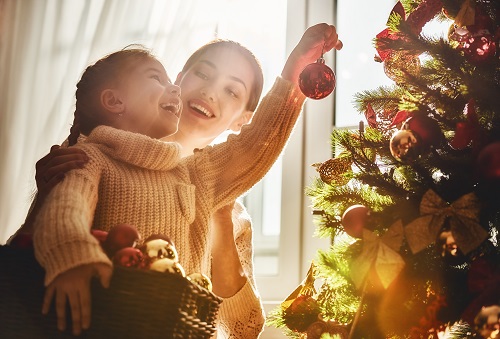 We’ve entered December which means Christmas is just around the corner. In the United States, many will celebrate the holiday with fun Christmas lights, Elf on the Shelf, and presents from Santa on Christmas morning. While these are some popular traditions in the U.S., other countries celebrate differently. Read on to learn more about different Christmas traditions around the world.

The first major difference with Christmas in Russia is that they celebrate Christmas on January 7th rather than December 25th as it’s celebrated in the U.S. This is because the Russian Orthodox Church follows the Julian calendar rather than the Gregorian calendar. As far as Christmas traditions go, there are two traditions in Russia which are different than those we are used to. First, many people in Russia participate in The Nativity Fast, which is a fast beginning 40 days before Christmas Eve and ending with a big feast once the first star can be seen in the night sky that night. Secondly, people in Russia often enjoy fortune telling during their Christmas time festivities. During their Christmas celebrations, they will usually perform many fortune telling rituals they believe will answer questions they may have or predict their future.

In Japan, Christmas is not considered a national holiday, but this doesn’t mean it’s not celebrated. Though many still celebrate Christmas in Japan, the holiday looks quite different than it does in the U.S. While there’s often Christmas trees and lights decorating houses and shops, Christmas in Japan is celebrated more like Valentine’s Day. Christmas is seen as a day for couples, and they will often spend the day together looking at the lights, exchanging presents, and going out to dinner. Interestingly, a popular Christmas dinner in Japan is a bucket of chicken from KFC, which began after the restaurant launched an ad campaign called “Kentucky for Christmas!” in 1974. CNN reports KFC Japan made about $63 million USD from December 20-25, 2018, with their busiest day as December 24.

Santa Claus has become a popular tradition in Germany, but St Nicholas is considered far more important. On St Nicholas Eve, which is December 5, children leave out their shoes before they fall asleep and St Nicholas visits and leaves candy and gifts in them. While children in the United States receive coal when they are naughty, children in Germany have a much more terrifying fate. In Germany, it’s believed a devil by the name of Krampus accompanies St Nicholas on St Nicholas Eve and teaches naughty children a lesson.

Christmas is a lengthy holiday in Mexico beginning on December 12  and ending on January 6th, with one additional celebration on February 2nd. The Christmas season kicks off with Día de la Virgen de Guadalupe (Day of the Virgin of Guadalupe), which consists of a religious feast, fireworks, and parades. Christmas in Mexico is predominately a religious holiday, and as a result many traditions relate to biblical stories. From December 12th through Christmas Eve on December 24th, many participate in reenactments of the story of Mary and Joseph searching for shelter, reenactments of the shepherds’ journey to meet the baby Jesus, visualized through replicas of the Nativity scene. While gifts are usually exchanged on December 25th in the United States, in Mexico gifts are exchanged on January 6th, a day known as Día de Reyes, or Three Kings’ Day. Families will make sweet breads in the shape of a wreath and will hide a baby Jesus figurine in one. Whoever finds the figurine in their bread hosts a party on February 2nd, which is known as Día de la Candelaria and is the official end of the Mexican holiday season.